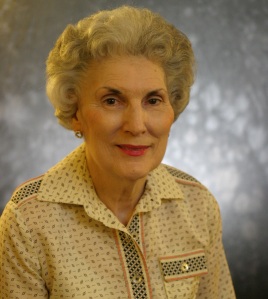 A native of Monroe, La., Anders graduated from Louisiana Tech University and Southern Baptist Theological Seminary, where she received her masters of religious education. Anders then served on the staff of First Baptist Church in Quincy, Fla., while completing a master’s degree and doctorate in sociology from Florida State University.

With numerous academic achievements and degrees, Anders taught briefly at Florida State University before becoming the chair of the sociology department at Mary-Hardin Baylor College in 1955. She then served as chair of the sociology department at Louisiana College, where she was acting dean from 1972-1973. Anders was named Professor Emeritus of Sociology upon her retirement in 1993.

Beyond her academic career, Anders was an active member of First Baptist Church in Pineville, La., where she taught Sunday school and served as a deacon. She was also active in the community, including work with Renaissance Home for Youth, where she was a founding board member. Anders spent many volunteer hours post-retirement serving as a volunteer chaplain at Rapides Regional Medical Center.

A lifelong Baptist, Anders served on the Coordinating Council for the Fellowship from 1997-2000 and as CBF Moderator from 1999-2000. She was one of the founding organizers of CBF-partner Baptist Women in Ministry. A sociologist, Anders’ statistical research and reports were widely cited on ordained women in Baptist life.

Anders was the recipient of many honors and awards including the Southern Baptist Theological Seminary Alumna of the Year (1978) and Baylor University Woman of the Year (1989), T.B. Maston Christian Ethics Award (1999), among others. In 1978, Anders became the first woman to receive the national distinguished service award of the Christian Life Commission of the Southern Baptist Convention. In awarding Anders with this honor, CLC Executive Director Foy Valentine lauded Anders as “a gifted teacher, compassionate human being, effective communicator, energetic scholar, champion of human freedom and faithful practitioner of Christian ethics.”

A prolific writer, lecturer and popular conference leader, Anders served as Vice President of the Louisiana Baptist Convention, Vice Chairperson of the Christian Life Commission, and as president of both the Texas Council on Family Relations and the Southwestern Religious Research Council. She was an active member of numerous civic, professional and local, state and national denominational organizations.

Anders is survived by cousin, Sarah Taylor, Godchildren Mary Ann Fernald and Charles Fernald, and many former students, colleagues and friends whom she considered family. In lieu of flowers, the family requests that memorial gifts be made to Baptist Women in Ministry, to The Anders-Hedgepath Scholarship Fund or to the First Baptist Church of Pineville Making Way Campaign.