The following is the obituary for Baptist advocate and philanthropist Barbara Nell “Babs” Baugh.

After sharing laughter, fun, music, and joy with others for a lifetime, Babs Baugh joined her parents for her eternal Second Act in God’s presence on Sunday, June 14, 2020. 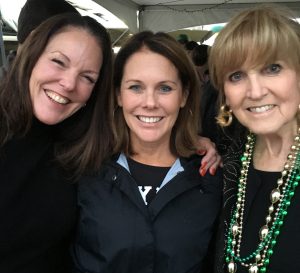 Early on, her parents recognized Babs’ musical talent and her passion for entertaining. Her love of music began at age four, when she started taking piano lessons and singing in church. Her musical talent and performance flair led her to the Baylor University music department, where she was a vocal major and featured singer in multiple musical groups on campus. Her fabulous trio performed in the Southern Palace at Six Flags over Texas during summer breaks and at other venues in the Dallas-Fort Worth Metroplex. Babs finished her music degree at the University of Maryland while living in Washington, D.C.

After moving back to Houston, Babs spent many years singing and spreading joy. She participated in a professional music-review group, served as an interim music minister for her church, a rare feat for a woman in the 1970s, performed as the lead singer in the Bob Smith Orchestra, and featured her singing skills in many clubs and other venues in the Houston area.

In 1979, Babs and her two daughters moved to San Antonio where she continued conducting and leading music. She recruited nine other talented singers to form a professional music group, “Made To Order”. For more than a decade, MTO performed at private parties, corporate gatherings and other venues and was featured in local news.

In San Antonio, Babs was devoted to the Sanctuary Choir at Trinity Baptist Church from 1979 to 2005 and then at Woodland Baptist Church, where she has been a member since 2005. She served as a deacon, Past Church Council Chair, and Missions Committee Chair, among other leadership positions. She has been a substitute minister of music, as well as a soloist, at both churches.

Babs always loved to travel, but began journeying internationally in the early 1970s. She loved adventure and the opportunity to meet and learn from people of other cultures. On top of that, God’s creativity, reflected in the world’s beauty, history and mystery, never ceased to awe her. Babs turned her passion for travel into a career for more than 30 years. She opened and owned a travel agency in Houston and then in San Antonio, specializing in group travel as well as individual adventures. She introduced travel and opened the world to thousands of people on hundreds of group adventures she planned and often led.

Babs had an indefatigable level of energy and sleep was merely an inconvenient distraction to the day. It was said by many of her traveling companions that they had to operate in ‘shifts’ to keep up with her never ending pace to see the sights and important features of each destination. She had a deep passion to learn about every place in the world and introduce each one to her friends.

Beyond her love for music, Babs adored the spark of the divine reflected in myriad art forms. Her collections of paintings, sculpture, ceramics, blown glass, folk pieces and Americana thrilled and delighted visitors to her San Antonio home. The eclectic nature of her collections likewise reflected Babs’ own generous taste, sense of whimsey, and joy in delighting others.

Babs became President of the Eula Mae and John Baugh Foundation in 2007. Her parents established the Baugh Foundation in 1994. Babs and her two daughters have had the privilege of working together and with their beloved parents/grandparents, to distribute more than $95 million in grant money since the foundation’s inception.

Her honors and board involvements would be impossible to fully recite, but some of those include:

Babs loved people. She knew all people are made in God’s image, and she treated everyone as a friend. She has dear friends all over the world, and she is beloved by many. Her family referred to her often as “Pollyanna” because she always saw the silver lining in otherwise bleak situations and saw the good in everybody.

Babs was preceded in death by her parents. She leaves behind multitudes of friends and her beloved family including her husband of nearly 23 years, John Jarrett, her daughters, Jackie Baugh Moore and husband Kim Moore, and Julie Baugh Cloud, her grandchildren, Sterling Moore and wife Jenni, Katie Moore, Jake Moore and fiancé Alayna Hudson, Breck Ortiz, Alexa Ortiz and Clara Cloud; and her great grandson, Asher Moore.

The family wishes to express deep gratitude to the loving care provided by BCFS caregivers, who have journeyed with and loved Babs for the last several years.

A memorial celebration of Babs’ life will be planned in San Antonio when it is safe to gather in large groups again. A private family graveside service will be held in Houston, where Babs will be buried near her beloved parents. The service will be Saturday, June 20, 2020 at 9:00am CST.

In lieu of flowers, the family suggests donations could be made to:

The graveside service will be livestreamed. Link: https://www.facebook.com/baughfoundation/