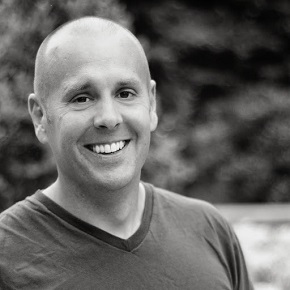 That’s what it cost one man through a payday lending loan service, and would have been far worse had a congregation not learned his story and stepped in to help. This story is illustrative of the situation millions of Americans find themselves in every day as a result of predatory lending services. Predatory loan services take many names, including, Payday Lending, Auto Title Loans, Refund Return Anticipation Loan, Check Cashing and Rent-to-Own.

In a workshop at the 2014 Cooperative Baptist Fellowship General Assembly in Atlanta, Stephen Reeves, Associate Coordinator of Partnerships & Advocacy, provided attendees with a glimpse into the world of predatory lending — one that preys on people in lower socio-economic groups, senior adults and people of color.

Predatory lending creates dependence through desperation, which is where the real profit lies for these services. Long-term repeat customers find themselves in a cycle that is intentionally exploitative. On average, most borrowers have 11 loans per year to pay off at rates exponentially higher than common credit union or bank loans.

Steve Wells, pastor of South Main Baptist Church in Houston, Texas, shared his community’s story of fighting against these practices. Wells mobilized and educated faith and community leaders, who in turn made sure Houston’s city policy makers were informed, leading to legislation regulating predatory lending. Wells stated that this is a battle of “morality versus money,” where “evil” is clearly at work. Read about Wells’ story in the Houston Chronicle and his powerful column from fellowship! magazine.

CBF is a leading voice in the work against payday lending, and many of its congregations are joining the effort as well. Reeves offered several resources to attendees, beginning with raising awareness in the congregation and in the community. While awareness is vital, engagement is critical to regulating these practices. Below are several ways to begin the work.

As congregations seek to learn more and join in the advocacy effort, there are many resources to help them get started. For additional information from Reeves about his work, what you can do, or how CBF is engaged, connect with him at sreeves@thefellowship.info

Brian Foreman is president of b4man Consulting, a ministry coaching and consulting firm working with the Center for Congregational Health to develop social media guidelines for parents and youth ministers. He is also the facilitator for CBF’s Economic Development mission community.

One thought on “Payday Lending: How Should the Church Respond?”