DECATUR, Ga. — Carolyn Weatherford Crumpler, a champion of the Cooperative Baptist Fellowship and one of its former moderators (1995-1996), has died at the age of 84.

Crumpler was involved in CBF since it formed in 1991. She ran unsuccessfully for first vice president of the Southern Baptist Convention alongside former CBF Executive Coordinator Daniel Vestal in 1990. Their loss helped lead to CBF’s founding. 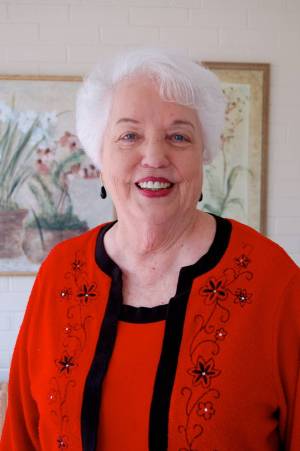 Crumpler was executive director of the Southern Baptist Convention’s Woman’s Missionary Union from 1974 until 1989 before she retired to serve alongside her husband, Cincinnati pastor Joe Crumpler.

“Carolyn was a trailblazer for the Cooperative Baptist Fellowship and for all of us in Baptist life,” Paynter said. “Her support for Baptist distinctives, women in all positions of ministry and the men and women who were called to spread God’s love in places near and far is legendary.”

“Carolyn may no longer be with us in body, but the impact she made through her role as encourager, advocate and friend will be with us for a very long time.”

Cooperative Baptists, including past and present CBF staff, praised Crumpler for her many contributions to Baptist life and important role within the lives of women in ministry. They also emphasized her instrumental role in the early years of the Fellowship.

“Carolyn was a leader. She poured her soul into the creation of CBF, helping to shape CBF’s Global Missions program. Carolyn worked and lived on the world stage and was loved by everyone she touched.”

Clarissa Strickland, who retired in June 2014 as CBF’s networking specialist after 23 years of service, remembered Crumpler as a formidable leader in Baptist life.

“In Baptist life, Carolyn was one of the giants of the faith to whom people paid attention,” Strickland said. “If the fledgling CBF movement needed legitimacy, she was one of those leaders who brought it with her in spades. Her long history of acting with courage and integrity made her an ideal leader of the Fellowship during those formative years. She was a staunch champion of women in ministry and of free and faithful Baptists everywhere. The Fellowship owes her a great debt of gratitude.”

Grace Freeman, director of Global Missions operations for CBF, emphasized Crumpler’s role as a mentor to many young women and her prayerful support of field personnel around the world.

“Carolyn Crumpler will be missed by so many,” Freeman said. “She served as a mentor and friend to many young women who were looking at their calls to missions and ministry. I remember many phone calls I would have with Carolyn as she called to check on specific field personnel around the world, always wanting to be a prayer support for them. We have lost a missions giant and I am grateful to have called her my friend.”

Crumpler has said that much of her career was framed during debates about the role of women in the church and home. She enrolled at New Orleans Baptist Theological Seminary (NOBTS) with the hope of becoming a missionary, but was told she could not take classes at the theology school because she was a woman. Crumpler attended the School of Religious Education at NOBTS, and after graduating, health reasons prohibited her from joining the mission field. She committed herself, however, to supporting those who served in the field. She also focused her energies on the WMU and women’s issues in the church.

Crumpler has been at the forefront of opening doors for women to serve in ministry and leadership in Baptist life. She was one of 33 women present at the founding of Baptist Women in Ministry, a support and advocacy organization for women in ministry first organized in 1983.

She was the 2010 recipient of the of annual courage award from the William H. Whitsitt Heritage Society, accepting the honor at that year’s CBF General Assembly in Charlotte, N.C.

Bill Leonard, the James and Marilyn Dunn Professor of Baptist Studies and Professor of Church History at the Wake Forest University School of Divinity, spoke of her courage.

“Carolyn Crumpler was a courageous woman who came through years of great religious controversy with her conscience and integrity intact. She was a bridge for women across the theological and ecclesiastical spectrum, responding with grace and openness, conviction and compassion. She lived out the gospel with joy. I am honored to have called her friend.”

“A phrase that describes Carolyn Weatherford Crumpler is: ‘She practiced what she preached,’” Massey said. “Among her favorite themes that she has ‘preached’ are missions and women, and those themes have guided her public Baptist life as a leader, as well as her personal life as a role model.”

“As the former executive director of Woman’s Missionary Union from 1974 to 1989, approximately 1.2 million women, girls, and preschoolers were educated in and challenged by the history and heritage of the Baptist missionary movement,” Massey said. “Publically, Crumpler challenged them to listen for God’s call in their lives and to respond to missionary service around the world. Though health issues prevented Crumpler from serving as a missionary, she privately committed herself to supporting those who did serve. She gave much of her time to traveling to all 50 states and over 90 countries to personally offer gratitude and encouragement to Baptist missionaries, and never a day went by that she did not pray for missionaries on their birthdays.”

Crumpler’s family requests that any any gifts given in memorial go toward the work of Baptist Women in Ministry at http://bwim.info/give/, Global Women at https://app.etapestry.com/hosted/GlobalWomen/OnlineDonation.html, or the CBF Foundation (see below).