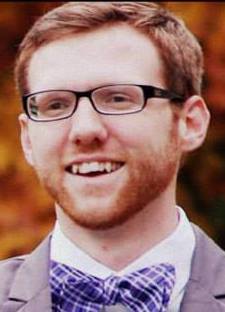 There were 9 of us: 4 men and 5 women. We left before the sun came up on a Saturday morning. I don’t remember feeling anxious or unprepared for this trip. I think I was excited to do something out of the normal, everyday life that I’ve settled into this past year. Other than that, there was a naïve calm that didn’t understand what was about to happen.

In my mind, and in my words to anyone who asked me, this trip was an opportunity to be “broken.” What I meant by that was I had expectations of being put into a situation where I would feel heartache and attempt to empathize with who I was going to serve. This could be due to other mission trips I’ve been on in the past. They always gave me, what we like to call, a “spiritual high.” I would come back fired up for God and ready to tackle any and all obstacles in life with the power of God on my side. This was not one of those trips. This trip didn’t break me. I came home without any heartache and without that oh-so-important “spiritual high.” I came home confused and in a rut.

When I was in Grande Goave, I was with people almost 24/7. The only times I found myself alone was when I was showering (and even then I could hear everyone greeting each other with “bonjour” and groggy responses sounding similar). Normally, my introverted side would be screaming and finding some way to sneak into another room to find some time away from conversation, no matter how interesting it was or how far behind I was in Phase 10. This week, however, my mind never strayed from the conversation and my body never strayed from the table. I found myself fully involved in every conversation. I woke up excited to hang out with Patrick, the translator I had been working with in the Recreation rotation.

We joked on each other almost as soon as we met. We laughed and he told me he wanted to beat me in a game of soccer… Multiple times. But it was one specific interaction on the last day that I will remember the most. Patrick was a friend in my eyes—a very smart friend. He could speak three languages fluently and corrected me without hesitation whenever I would mess up my French. On the last day, I spoke French to him using the formal form of “you and I” and he stopped me very abruptly. He corrected me and said that I should only use that form when speaking to someone of respect and honor. He told me to instead use the informal form.

Patrick had, in an instant, made me out to be someone of high stature and privilege. And by doing this, he made himself lower than me. For a second I was stunned to think that this very intelligent young man could be anything less than a person that I would look up to. Before I could think through my thoughts my mouth opened and I corrected him in return. I called Patrick my brother and I told him that I had much respect for him. I wrote this in my journal later that night: “Now Patrick was taken aback. In that moment, I think Patrick and I saw one another as brothers. We found ourselves on a level playing field, and I could see that it felt good to him. It certainly felt good and right to me. Thank you God for giving me the chance to be a part of your egalitarian Kingdom, where all are loved equally, all are brothers and sisters, and all are welcome.”

In Colossians 3:11, Paul denies any divisiveness and says that “Christ is all, and in all.” I saw Christ that day in Patrick’s face, and every day since I have remembered how Christ is in all faces. So my confusion lies in this: why, if Christ is in all faces, do we think of anyone as better or lesser than ourselves? The question was “why?” The answer, I’m learning, is “we’re not there yet.” Even though Christ is here and now, we are still far from the end of our journey. But faces like Patrick’s sure interrupt the normal, everyday life that I’ve settled into.

Chris Wondree is a CBF Leadership Scholar in his second year of study at Baptist Theological Seminary of Richmond and serves as Youth Minister at May Memorial Baptist Church. He also serves as the Ministry Intern with CBFVA.