Together with a network of Baptist groups from around the world, the Cooperative Baptist Fellowship continues to provide relief to the victims of the April 25 earthquake in Nepal. That 7.8-magnitude earthquake killed more than 7,350 people, injured thousands more. On May 12, another large earthquake struck Nepal, leaving at least 36 people dead and injuring more than 1,100, according to the Nepalese government.

CBF has contributed an initial $10,000 to the global Baptist relief efforts and is encouraging Cooperative Baptists and friends to support the Fellowship’s response to the growing crisis in Nepal. To date, churches and individuals have contributed more than $14,200 to the relief fund.

Donations to support CBF’s Nepal Response efforts may be made online at www.cbf.net/nepal or by mailing a check payable to “CBF” with 17029-42050 in the memo line to:

Following the April 25 earthquake, CBF also deployed  Eddy Ruble, one of CBF’s field personnel who serves in Southeast Asia and is a seasoned disaster response expert, to Kathmandu, the densely-populated capital of Nepal where at least 1,150 people died, to make initial assessments and plans for the Fellowship’s role in the relief efforts.

Within Ruble’s first week in Nepal, he has been able to give practical assistance to the United Mission to Nepal (UMN) as the group organizes a solid NGO based response throughout the affected region.

The following photos and descriptions are from CBF field personnel Eddy Ruble:

Traditional village homes in Nepal skillfully use the natural resources readily available in the steep valleys of the Himalayan Mountains. Traditional homes consist of 12 to 18 inch thick walls made of mountain field stone and mud mortar. They have no steel reinforcement. The 7.8 magnitude earthquake and substantial aftershocks turned an estimated half million village homes into piles of rubble, rendering the houses completely unusable. 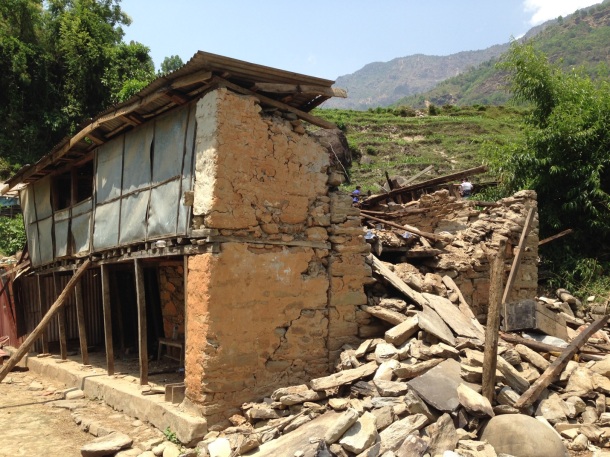 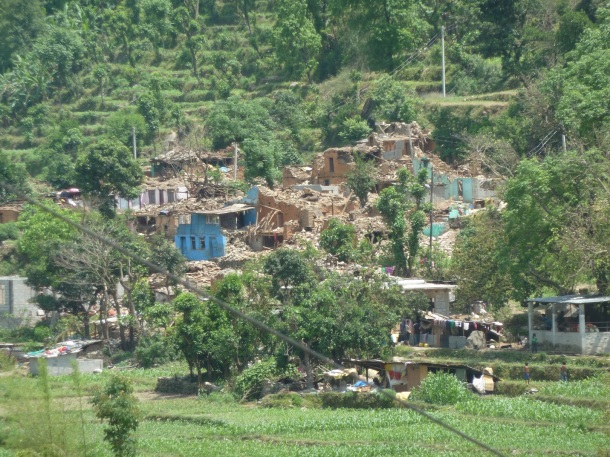 Churches typically meet on Saturdays in Nepal, so when the earthquake struck on April 25, many churches were filled with people. The church in Alfa was a three-story building that collapsed during a worship service taking place at the time of the earthquake, killing 8 church members including the pastor’s wife and children. Two church members are still missing and are assumed to be buried in the rubble. 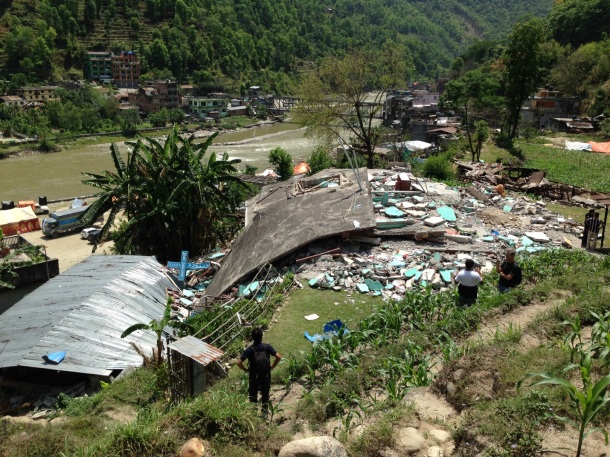 Damage from the earthquake is affected by many factors—these include the depth of the earthquake, proximity to the epicenter, terrain and topography and the networks of micro fault lines which are in a web beneath the earth’s crust. The type of construction and quality of construction can also play a huge role in the likelihood of building damage or collapse.

The vast majority of damage and destruction is among the 50 to 100 year old buildings without any steel reinforcement. Most concrete frame buildings built in the last 30 years withstood the earthquake with minimal damage. The closer buildings were to the epicenter of the earthquake or one of the major aftershocks, the greater damage they suffered. In rural communities, the damage can be sporadic, devastating some communities more than others.

In Kathmandu city the vast majority of modern concrete-frame high rise buildings (5-7 stories) sustained minimal damage. (Some modern buildings with poor design or faulty foundations did suffer catastrophic structural damage.) Many very old buildings and ancient temples suffered total or partial collapse. The most heavily damaged areas are in sporadic neighborhoods around the outskirts of Kathmandu.

Historic housing blocks in Kathmandu will have to be raised and rebuilt.

To give to CBF’s Nepal Response visit www.cbf.net/nepal.