Editor’s Note: This is the seventh installment of a new series called “Illuminations,” which aims to highlight stories of cooperation, unity and diversity from across the Cooperative Baptist Fellowship. Illuminations is a communications initiative of the Illumination Project, a project of discernment and accompaniment involving CBF congregational leaders to illuminate the qualities that have built unity in CBF, and through discernment, identify intentional processes to maintain and grow unity through cooperation. Learn more about the Illumination Project at www.cbf.net/illuminationproject. 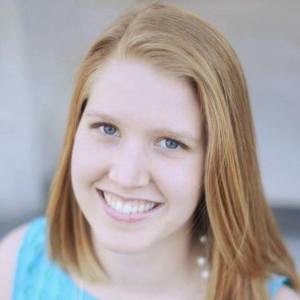 How can we have unity not only in diversity, but within what many would consider divergent perspectives?

I’ve been thinking about this since the shocking results of this country’s unprecedented presidential election last week. After the CBF General Assembly in June, my father, Larry Hovis (CBFNC Executive Coordinator), and I wrote our respective generational reflections on the 2016 General Assembly and how it is imperative for CBF to strive to be the “radical center.” In particular, we felt that CBF should occupy the radical center because such an approach offers the world’s best hope to move beyond painful, destructive divisions.

Given that over four months have passed since we wrote this, and what seems like a lifetime of pain and destructive political behavior have occurred in this short period of time, it is more important than ever for CBF to occupy this space.

I envision the radical center as an active space or opportunity structure (for the political theory nerds reading this) where people with varying views on theology, Christology, ecclesiology, ideology and the hundreds of other “ologies” can exist in one place while affirming others as children of God. We must see each other as God’s creation and embrace Christ’s love and teachings in order to “be compelled” to live in this space. This might mean wrestling with long-held beliefs. It might also mean holding on to certain beliefs. Preparing to enter this space could bring doubt or it could inspire hope. Some aspect of internal transformation will happen no matter how ready anyone feels they are to exist in the radical center.

With prepared hearts and minds, we take the dive into the radical center. This radical center will make us uncomfortable. We’ll feel the urge to leave and return to our tribe, which is understandable as long as we allow the Holy Spirit to guide us back to this radical space.

I participate in a weekly discussion group at Calvary Baptist Church in Washington, D.C. called “Theology on Draft.” It is the closest thing I’ve seen to something like the radical center. The group consists of people who consider themselves Baptists, evangelicals, “recovering” evangelicals, mainline Christians, ex-Catholics, agnostic, members of Calvary, non-members of Calvary and people who don’t like to be labeled anything. It’s a small but diverse group of people who are interested in discussing subjects related to Christianity. These subjects, which can be polarizing at times, include racial reconciliation, social justice, politics, sex and biblical contextualization just to name a few. Every week, we challenge each other to think differently about these subjects, while also taking care of one another. It is both a space for support and for pushing each other to live like Christ.

It is very easy to support one another in our tribe and probably even easier to challenge the folks who live outside of our tribe, yet it is our calling, or rather duty as Christians, to embrace diverse perspectives that maintain a posture of openness to change from accepted or traditional forms. That is why we need to radicalize our center.

Lauren Hovis works in the international development field in Washington, D.C. She serves on the Mid-Atlantic CBF Coordinating Council as well as the CBF Missions Council.

7 thoughts on “Illuminating the Radical Center”