By  Pam Durso and Stephen Reeves 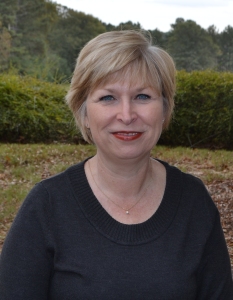 It is a continuum of unwanted sexual or gender-directed behaviors by either a lay or clergy person within a ministerial relationship (paid or unpaid). It can include child abuse, adult sexual abuse, harassment, rape or sexual assault, sexualized verbal comments or visuals, unwelcome touching and advances, use of sexualized materials including pornography, stalking, sexual abuse of youth or those without capacity to consent, or misuse of the pastoral or ministerial position using sexualized conduct to take advantage of the vulnerability of another. In includes criminal behaviors in some nations, states and communities.

As we know, Baptist denominational bodies and networks are loosely-connected organizations with no official codes of conduct or approved 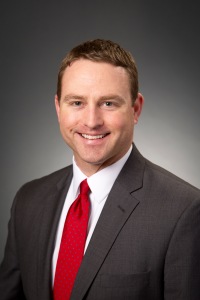 Stephen K. Reeves is associate coordinator of partnerships and advocacy for the Cooperative Baptist Fellowship.

policies for clergy members. Most Baptist bodies have no specific instructions about how to deal with clergy who assault or harass parishioners. Baptists also have no hierarchical structures or systems that mandate education for clergy members or churches, nor do Baptists have a denomination-wide way of investigating violations or monitoring violators. But the seriousness of clergy sexual misconduct demands a diligent response, especially by freedom-loving, autonomous Baptist churches.

Because of the prevalence of clergy sexual misconduct and because of a grand hope and commitment to fostering healthy churches, we (Pam Durso and Stephen Reeves) began talking and strategizing in late 2015 about how the Cooperative Baptist Fellowship and Baptist Women in Ministry could work together to assist ministers, church members, partner organizations and congregations to address the issue.

In April 2016, we gathered a group of concerned Cooperative Baptists for face-to-face meeting with the intent of forming a Task Force. It soon became clear that this Fellowship-wide initiative, working alongside a partner organization, is the type of endeavor for which CBF’s Ministries Council was designed. Stephen spoke with the council’s then-chair Emily Hull-McGee, who quickly blessed the effort and helped to recruit potential Task Force members from the council. Next, the idea was presented and formally recommended by the Ministries Council at their meeting preceding General Assembly in June. We invited a few more to join the Task Force, and in July, we all met via phone conference call to begin laying out a plan. The Task Force had another face-to-face meeting in October and again added several new members with specialized experience.

Members of the Task Force agreed to serve a two-year commitment with at least one face-to-face meeting per year and three to four other meetings via conference call. The Task Force in November formed two sub-groups — one to collect and distribute best practices policies for churches and one to address and formulate educational resources for churches, ministers, and seminaries. These sub-groups reflect the three primary missions of the Task Force:

In the next few months, the Task Force will be sharing a listing of resources on both the CBF and BWIM websites and also developing resources for churches, ministers, and eventually seminaries. The Task Force is committed to helping Baptists create healthy churches and partner organizations and to ensure the presence of ethical, honest, trusted minsters and leaders. We know this work requires hard conversations, intentional education, and consistent attention from all corners of the Baptist world, and we welcome your assistance and feedback along the way.

Stephen Reeves serves as the Associate Coordinator of Partnerships and Advocacy for the Cooperative Baptist Fellowship. Pam Durso is executive director of Baptist Women in Ministry, where she is as an advocate and a resource for women serving in all areas of Christian ministry.

3 thoughts on “The Clergy Sexual Misconduct Task Force: An Update”