“You don’t run down the present, pursue it with baited hooks and nets. You wait for it, empty handed, and you are filled.” -Annie Dillard 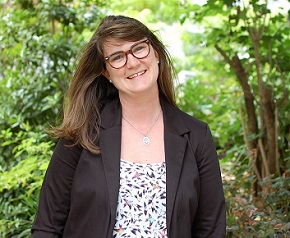 My back warmed by the sun, my arms bare to the world, the knees of my overalls caked with mud, I sat, squatting beside a freshly dug row, dropping seed after seed of corn into the earth. My father worked, tilling the other half of the garden and my mother, somewhere tending to my little brother.

As I looked up, I sat back on the ground and watched the Maury River flow quietly by on its way to join the James. I gathered the corn in my hand again and looked at it. Coated with some sort of treatment that dyed the seeds pink, it felt as if I was cradling a palm full of jewels. My father walked up and said, “You know, those seeds are going to sprout, and the corn stalks will grow taller than you, and possibly even me.” Such a thing I could not imagine at five, plants growing from jewels, to towering stalks laden with silk.

It’s no wonder the tale of Jack and the Beanstalk was a favorite of mine as a child. We walked the remainder of the row together, dropping seed after seed, properly spaced apart, and then gently “tucked them in to bed,” as my father would say.

This past summer I thought back to that garden as I walked down the rows of corn at my parents’ farm in Virginia. The stalks were still taller than me, even as an adult. The corn had just begun to tassel, and the morning glories had started their upward climb along the stalks.

Early morning in the cornfield is breathtaking as the morning glories burst forth with their regal amethyst trumpets.

I stood there thinking of what had been, what was, and what would be. I often reflect on that walk during these winter months. Mud cakes my shoes as I walk the garden. Gone are the corn stalks and morning glories. The ground lies bare, no evidence of last year’s abundance and no hint of what this year will bring.

I will soon be graduating from Divinity School and, much like the winter garden, there is an air of uncertainty lingering. I am often asked “What’s next for you?” and my response is often a befuddled, rambling explanation that I simply “don’t know.” It’s a lot like seeds.

Janisse Ray writes, “I want to tell you about the most hopeful thing in the world. It is a seed. In the era of dying, it is all life. Every piece of information necessary to that plant for its natural time on earth is encoded… But we don’t know what is in a seed; its knowledge is invisible, encased, secret. A seed can contain any number of surprises. A seed can contain a whole tree encrypted in its sealed vault.” Sometimes, the journey towards ministry feels very much like holding on to a seed, of which variety I do not know. All that I do know is that I am called to plant it, tend it, and care for it, until what it is can be known upon germination.

Corinne Causby is a CBF Leadership Scholar in her final year at Wake Forest School of Divinity in Winston-Salem, N.C.

One thought on “To Seed”