Nurturing young Baptists is a priority for Cooperative Baptists in North Carolina.

This is the message that CBF of North Carolina is making unequivocally clear with its decision to invest most of a $100,000 grant in young adults. The grant—a product of CBF’s 25th Anniversary Campaign which raised more than $12 million—will act as a bridge toward a new funding model to sustain collegiate ministry in the state, according to Wanda Kidd, the longtime collegiate engagement coordinator for CBF of North Carolina.

CBF of North Carolina is initiating a new resource plan to support its network of 10 state campus ministers and partnerships with historically Baptist colleges. Still, Kidd explained, while a sustainable funding model is new, CBFNC’s unique investment in young adult ministry is not.

When the Baptist State Convention of North Carolina eliminated its full-time campus ministry network five years ago, “there was an overwhelming desire among CBF leaders to continue offering to other generations the same kind of leadership and empowerment that they had received,” Kidd said.

That’s when CBF of North Carolina—a CBF state organization full of leaders who still attribute their sense of call to experiences in collegiate ministry—committed to their own investment. “You don’t have to go searching for evidence that collegiate ministry is worth this investment,” Kidd noted. “Its worth is palpable in so many of the ministers, leaders and people of faith we already know and love. 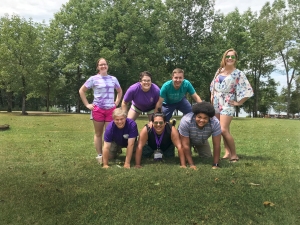 “The very best campus minister is someone who helps a student find his or her calling, his or her voice and a God-given sense of worth without the student’s knowing that they are being shaped or instructed,” Kidd said. “They are unaware, until they look back and see the subtle guidance and encouragement that was offered them by a minister who was more interested in the student’s ownership of their Christian journey than being personally credited with the change.”

Speaking of looking back, Kidd kicked off the school year on August 6 with a rousing Facebook post, inviting friends to share stories and insights from their past college ministry experience. Within a day, the post garnered 180 likes and more than 65 comments from people of all ages reflecting on their pivotal years with a college or young adult minister:

“Mine knew when to challenge me and when to give me space. I still wonder to this day how she knew when to do what. It still amazes me.”

“The very best campus minister is someone who helps a student find his or her calling,
his or her voice and a God-given sense of worth.”

“Collegiate ministry has always been full of people looking for community,
for a place to belong, to learn who they are and to ask hard questions.”

“Marnie Fisher-Ingram undoubtedly has been an unofficial, amazing campus minister for so many people, including myself.”

“Jack Greever helped me know my missions calling did not necessarily mean going overseas. That concept changed my whole perspective and my career choice.”

“Mine never found it a burden to listen to me when I needed her. She taught me what service looks like. She also knew how to speak hard truth into my life in a way that made me feel loved and convicted.”

“Bob Clyde completely changed the trajectory of my life!”

“Mine showed me that an introvert can be a powerful leader, too, and the gifts of quiet listening, observation and empathy are well-suited for ministry.”

Though many relegate campus ministry to a bygone era, Baptist collegiate ministry has never been more suited to gracefully address the complexities of young adulthood than in 2018 and beyond, Kidd said, as political polarization, social revolution, questions of sexual identity and widespread depression openly pervade young people’s lives. The local church once imagined campus ministry as a virtual extension of itself, she added, where students, now detached from their parents and home congregations, could stay connected to the faith of their upbringing. Today, that paradigm is clearly defunct, she said; but perhaps there was always a disconnect between the perception and reality of why young people engage in the first place. 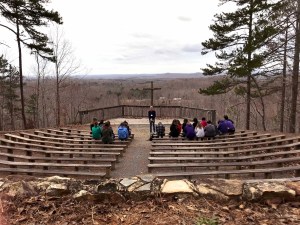 “Collegiate ministry has always been full of people looking for community, for a place to belong, to learn who they are and to ask hard questions. And many are not Baptist,” Kidd said.

“We have always been a kind of clearinghouse for students who are going through a multitude of different issues and it’s never been about presenting somebody’s idea of rote Christianity. It’s always been about building grids of relationships among students and providing a place to help them discover who they are as a beloved child of God.”

Now that the church is no longer the focus of young adult life, Baptists must shift their idea of collegiate ministry to one of collegiate mission, according to Kidd. Besides, she explained, “mission” is infinitely more fitting for the real heart of collegiate ministry—“to have educated and equipped ministers go ‘get’ them, especially the students who don’t know they need this in their life, and to ask them, ‘Who are you? Who do you think God created you to be? And what is your calling?’”

Students from the Raleigh Cooperative Baptist Student Fellowship cook a meal for the larger group at a recent Fall Spiritual Formation Retreat.