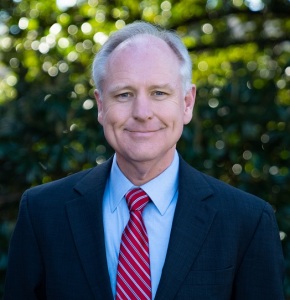 Tuesday, August 20, will mark the 400th anniversary of the arrival of the first enslaved persons in what was to become the United States of America. In 1619, about 20 Africans arrived on the Virginia coast at the end of a grueling, dehumanizing trans-Atlantic voyage. Unlike so many before and after who have come to this part of the world by choice seeking a better life, these first enslaved persons were brought by violent force, brutalized and sold as property for the economic benefit of others.

And these 20 were only the beginning. Though President Lincoln issued the Emancipation Proclamation in the United States in 1863, black people in this country remained in bondage and at great disadvantage due to segregation, Jim Crow, redlining and other social, economic, political and structural practices.

As a white Christian, a Baptist minister and a leader in the Cooperative Baptist Fellowship, I have been thinking deeply and praying intensely about what the coming of this 400th anniversary requires of me and what calling the Holy Spirit might be giving us.

There is a clarity, an unavoidable clarity, one spoken honestly but not nearly enough; white Christians have played an undeniable role in the perpetuation of slavery and other structures that have kept black people in bondage. Far too many white preachers have gone out of their way to create a dangerous and heretical theology of white supremacy that denies the Gospel truth that all people are made in the image of God and that in Christ Jesus there is no longer slave or free.

Too often, even though Jesus declared his mission is to bring good news to the poor and release to the captives, white Christians have participated proactively in systems that keep people in poverty and captivity. Across the denominational spectrum in the United States, and particularly among white Baptists, the painful and difficult truth is that by preaching and other action we played an active role in creating a world where slavery and other structures were both permitted and blessed.

And even when we have not done that, there have been occasions when we have remained silent in the face of injustice or discrimination. For those of us born and raised following the height of the Civil Rights Movement and during the integration of public schools, there is the dangerous temptation to believe that we are not a significant part of that earlier story, while also not seeing the advantages that still exist for white people 400 years after the first enslaved persons arrived.

One dangerous and difficult consequence of both the heretical theology and the silence is that we now live in a world where many Christians, both white and black, see each other as profoundly different—as “the other”—instead of recognizing one another as sisters and brothers in Christ, each reflecting the uniqueness and beauty of God’s creative design and yet drawn together in a redemption and a resurrection that makes us one. The fact that many descendants of enslaved persons are brothers and sisters in Christ requires that I see their struggle as my own, for as Paul reminds us “if one suffers, all suffer.”

Increasingly in our Cooperative Baptist Fellowship, in the larger Baptist community, and in the Global Church, I am surrounded by believers and congregations whose life and faith have been defined either by the horrible abuse of slavery and prejudice or by the spiritual damage done by defending it. This truth came home to me in a powerful and personal way earlier this spring when I stood next to a pastor of a CBF congregation who had hosted me for a meeting. After the formal conversation, we were getting to know each other better when he said to me: “I still have the bill of sale from when one of my relatives was sold into slavery.” The man who told me this is a fellow pastor and a brother in Christ. His testimony was a compelling reminder that reckoning with the history of slavery is necessary not just for the church’s external witness but for its internal healing.

As I approach this significant moment on Tuesday, I am mindful of the unavoidable role that white Christianity played over centuries in creating a world where slavery and other kinds of racial injustices were possible. The speech and the silence—the sins of commission and the sins of omission—have played an undeniable role in placing and keeping black people in bondage and creating an American Christian landscape where our identity is shaped more by race than by baptism and faith in Jesus Christ.

But I am also confident there is a calling for white Christians going forward. If there is to be a journey toward justice, healing, repair and reconciliation it will require a new kind of relationship between black and white Christians, a kind of relationship that reflects the Gospel and witnesses to our common faith in Christ. Those of us who are white Christians need to enter into black space and listen. We need to seek relationships with predominantly black congregations where we can learn, listen and build honest friendships that help us see more clearly and act more faithfully. We need to step out of a silence that perpetuates the status quo. We need to open our mouths to renounce any Gospel that traffics in white supremacy or racial violence. We need to open our eyes to really see the incredible struggle being faced by sisters and brothers in Christ who are black and who are the descendants of those first enslaved.

We need to pray with courage that the Holy Spirit would show us ways to speak and act that “repair the devastations of many generations” so that healing can begin (Isaiah 61:4). We need to recognize that meaningful repair and reconciliation will require us to work in faithful partnership and under the leadership of black Christians and in close relationship with ecumenical partners. As predominantly white congregations, denominations and even as individual believers, we cannot remain silent, inactive or disengaged. We are being called to join the holy work of healing and repair. The Risen Jesus is still giving us the ministry of reconciliation. Will we be faithful?

Paul Baxley serves as Executive Coordinator of the Cooperative Baptist Fellowship. This is part 1 of a three-part series reflecting on the 400th anniversary of black enslavement in America.

Through the Dr. Emmanuel McCall Racial Justice and Leadership Initiative, the Cooperative Baptist Fellowship is working to create avenues for God’s imperfect church to move toward meaningful unity between racially diverse communities. Learn more about the McCall Initiative here.