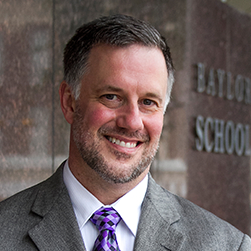 I’m struck by the frequency that some Christians label any sexual activity between a married pastor and an adult congregant who is not their spouse: an affair.

It is no accident that people easily go there. The fact that it is so easy to go there has deep roots in the gendered nature of religious leadership and is connected to how congregations elevate and venerate their leaders in ways that are not healthy. It also has roots in American cultural fascination with the powerful and successful and not with the powerless. It has roots in our draw toward the superficial and not the deep. It is also connected with our avoidance of pain.

When a pastoral leader is sexual with someone in their congregation, we must immediately look at this as clergy perpetrated sexual abuse. The fact that we often call it an affair circumvents many of the deeper issues that have allowed the abuse to occur and, probably most damaging, it invalidates and blames the victim for what happened and allows an abusive person to continue in ministry. I want to unpack some of this.

Why is it not an affair? An affair implies two things that are not present in clergy-congregant relationships. One is that there is consent by the congregant. Consent suggests complete freedom to choose or an agreement that something should happen. Second, consent suggests that the two people have equal power. The fact is that there is a power differential between a minister and congregant that precludes the ability for a congregant to consent. The person who occupies a pastoral role has power inherent in that professional role. Most of the power given to them is through an ordination process that acknowledges they have been called to encourage, support, and guide others spiritually. Many people ascribe power to a leader because we think they are a better human than most the rest of us. In reality, a minister is as human and fallible as anyone else.

Calling clergy sexual abuse an affair allows us to avoid the deep pain and complexity by looking at what happened as a simple moral failure that needs to be forgiven. But such a superficial and inadequate framing does not acknowledge reality, that a person with power leveraged the trust given to them in their professional role and position to gain sexual access to someone and that this type of betrayal causes enormous harm.

Let’s face it, it is just easier to look for a simple explanation and blame people for being weak and giving in to sin rather than to grapple with the ways that a congregation was complicit in creating an environment where abuse could occur. It is also easier to try to forgive and move forward than to acknowledge the profound wounding that has occurred and to embrace the fact that instead of protecting the powerless, a Christian leader exploited and took advantage of a vulnerable person. The latter is deeply troubling, causes intense grief and reflection, and requires a robust and thorough response. None of that is easy or pain free.

Doctors, social workers, psychologists, counselors, and nurses all have codes of ethics that prohibit sexual contact with patients/clients because of the inherent power differentials in those relationships. Engaging in sexual relationships in most cases would result in professionals losing their license and losing the ability to practice in their profession. In all these cases this behavior would be labeled as misconduct/abuse. I’ve never heard someone say “I heard my physician had an affair with one of her patients, and we just need to forgive her.” I’ve never heard patients blamed for their provider’s misconduct. But I have heard women in congregations blamed for their minister’s misconduct and I’ve heard the words “we just need to forgive our minister; it was just a moral slip.”

In other helping professions, the person with power is always responsible to ensure that patients are competently cared for and treated with respect and that appropriate boundaries are created to ensure that the person is safe. Why are ministers not held to this standard? How can it be that secular professions do a much better job of protecting vulnerable people and holding abusive professionals accountable than the church does? Why is it that the one profession that is given the most trust, holds people’s spiritual lives in their hands, and is tasked with caring for the most vulnerable is held to such low standards and such egregious behavior is minimized?

This incongruence is blatantly obvious to me, and I think that it is time we all take responsibility for embracing the least of these among us, holding our leaders to the highest ethical standards, and removing them from ministry when they misuse their power and position. We start to do this by calling it abuse.

2 thoughts on “It is not an affair: It was abuse”