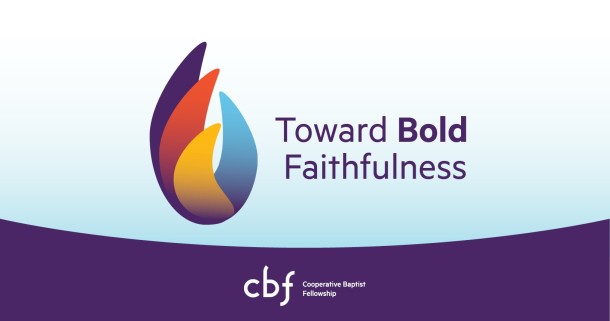 DECATUR, Ga. — More than 4,600 Cooperative Baptists from every state and region in CBF life participated in an online survey as part of CBF’s Toward Bold Faithfulness initiative.

The Toward Bold Faithfulness initiative is a journey to discover and respond to God’s call for the thriving of our congregations and our Fellowship community. After prayerful discovery, the centerpiece which was the survey, CBF will respond to what it has heard, seeking a bold future guided by the Holy Spirit. This work is being led by a Discovery Team, a diverse group of leaders from across CBF life.

Conducted between Jan. 7 and Feb. 2, the survey asked Cooperative Baptists about their church ministry involvement and personal ministry aspirations.

Survey participants were from 37 states as well as Washington, D.C., Puerto Rico, Canada, and 10 additional countries, including respondents from Europe, Asia, Africa and South America.

Participants were 53-percent female and 47-percent male and serve their churches in a variety of ways. Twenty-two percent serve as a senior pastor or staff minister, while 78 percent serve as lay members of their local congregation.

CBF Executive Coordinator Paul Baxley said the strong response to the survey has been encouraging.

“That so many members of so many of our partner congregations made this investment of time is a wonderfully hopeful sign for our future together,” Baxley said. “I am particularly grateful for the large number of lay people who have responded.

“As Cooperative Baptists who believe deeply in the priesthood of all believers, it is essential that we hear from laity as well as clergy in this season of discovery,” he said. “It is equally important to me that we have heard from congregations of every imaginable size and setting. Hearing the hopes, dreams and needs of members of rural congregations as well as urban, small as well as large, will enable us to discover a future of faithfulness that allows all of us to thrive in Christ’s mission.”

In addition to the survey, which is the primary form of listening being used by the Discovery Team, the team also conducted 13 “Discovery Sessions” with members of CBF’s governance bodies, state and regional coordinators and associate coordinators, representatives of partner ministries, field personnel and Decatur staff.

The Discovery Team has also just completed conducting 30 individual interviews with Cooperative Baptists selected by leaders of CBF’s ministry networks as well as state and regional coordinators. Like the survey, those sessions and conversations were also designed to explore the most powerful gifts and most urgent needs of CBF congregations and their communities.

In the coming weeks, after all the results of these forms of listening can be collected and transcribed, the Discovery Team will identify the gifts and needs that arise most clearly and share the results at the 2020 CBF General Assembly in Atlanta. Once the work of Discovery is complete, a process for responding will begin. More information about this process will be shared at the General Assembly in late June.

The Cooperative Baptist Fellowship is a Christian network that helps people put their faith to practice through ministry eff­orts, global missions and a broad community of support. The Fellowship’s mission is to serve Christians and churches as they discover and fulfill their God-given mission. Learn more at www.cbf.net.