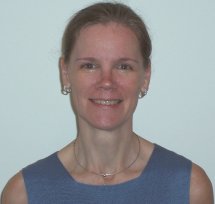 When Rev. Cari Willis started her professional career, she was climbing the corporate ladder, preparing Human Resources reports; she was not writing sermons. Little did she know then, that God was prepping her for a path toward something very different.

Plenty of incarcerated men and women will tell you they’re glad God did.

Twenty years into her career, an eye-opening conversation with her grandmother drove her to leave her executive job and enroll at Duke University Divinity School to study end-of-life ministry. She found her passion through a field education placement in prison ministry where she served as a chaplain intern on the hospice wards of the federal prison in Butner, N.C. It forever changed the trajectory of her life, leading her right to where she now believes she was meant to be, all in God’s perfect time.

Willis has served as a co-pastor, and now spends her time as a spiritual director out of her current church in Benson, N.C., and as a a part-time volunteer prison chaplain, one of the nearly 800 active chaplains and pastoral counselors endorsed by the Cooperative Baptist Fellowship.

“One day a lawyer called me from Virginia,” Willis said. “She had already spoken to the lawyers in Durham to ask if they knew anybody that did prison ministry and could visit her guys on the row. She’d been looking for someone for more than three years and couldn’t find anyone in the state of Virginia. I promised her right then that I’d find somebody from North Carolina to go.”

Unfortunately, as the prison handed down one requirement after another, the beginning list of 20 people ended up with Willis as the only one who was qualified. She decided then that this would be her lifetime commitment; she has not served full-time anywhere else since.

Willis credits her success to the professional network she accumulated as a teaching assistant for the divinity school’s “Restorative Justice: Prison Ministry and the Local Church” class, in addition to her years of corporate grooming.

“Each time I walk into the prison, I experience a bit of anxiety,” Willis said. “The prison personnel want us to be anxious. When visiting my friends on the row, I have to get patted down and go through a body scanner. Since I am 60 and have worked in the corporate world for 20 years, I have some ‘street cred,’ as the guys will say, which is a calm confidence especially as I walk across the prison yard.”

But she says that the angst is almost immediately dissipated when she sees how excited the guys are to see her.

“I remember my first visit very well. It was sleeting that day, and I had asked the warden if I could come in early to beat the sleet back to North Carolina,” Willis said. “The guys were like, what are you doing here? It’s snowing, the sleet’s on its way! I told them that I had been trying for nine months to see them, that the prison had been giving me one thing after another to delay me, and that I was coming, no matter what. I was going to see them, so I could say, ‘I care about you and God loves you.’ It was that kind of a visit.”

Willis admits she was anxious; but more so, she was expectant that she was going to meet God there. And she did.

“We all have visions of who the guys on the row are—the worst of the worst human beings, really violent, scary, all the things that we see on TV,” she said. “Yet, those whom I continue to meet are really amazing human beings who think deeply about God and scripture and who are trying every single day to live as fully as they can, knowing that at some point in time they are probably going to die by the hands of the state.

“That first ride home, knowing that the two people I had just met and connected with on a deep soul level were slated at some point in time to be executed made me quite tearful. I was asking God, ‘Why, why is it we think we can kill people? Don’t we realize when we kill them that we are murderers too?’  Every once in a while, I will sob on my drive home. The men touch my life on a soul level.”

And it doesn’t get easier. She has been writing for years to men on “the row” in Alabama, Florida and Tennessee, although she hasn’t been able to travel to see them yet.  Cari has accompanied one of her friends to his execution. To say that it takes grit to do that is an understatement.

But the positives are seeing the mindsets of people change about those on death row. Friends have told her, “If it weren’t for you, we would look at these guys as awful human beings not worth showing up for. The fact that they’ve changed your life has opened us up to something.”

While death row ministry isn’t for everyone, Willis hopes more people will write to incarcerated people. It’s a ministry that carries a big impact and helps both sides grow. In fact, Willis says, getting to know someone on the inside can really change your life.

“Aren’t we all transformed by love?” she asked. “When you share love between two people that is authentic and vulnerable, it changes both of you. Especially when we share God’s unconditional love for the two of us—to finally see yourself through God’s eyes, it changes both of us into more loving human beings. Psalms 42 says that, ‘Deep calls to deep.’ The deeper I’m willing to go, the deeper they’re willing to go and the deeper into God’s love they go. That’s a pretty powerful thing.”