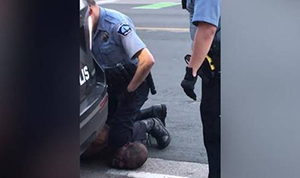 Will this image be the one? Will the death of George Floyd be the catalyst for real and lasting structural change in our society?

In 1955, the 14-year-old African-American Emmett Till was abducted and murdered after being accused of offending a white woman working in her family’s grocery store. Once abducted, the young Mr. Till was brutally beaten, shot in the head, tied up with barbed wire and dumped in the Tallahatchie River.

Although his body was beaten and mangled, Emmett Till’s mother, Mamie Till,  opted for an open-casket funeral despite the tremendous pain it caused her. Mrs. Till wanted the world to see what happened to her son as a result of his abduction and murder. She said, “there is no way I could describe this [the image of her tortured and murdered son]. And I needed somebody to help me tell what it was like.” 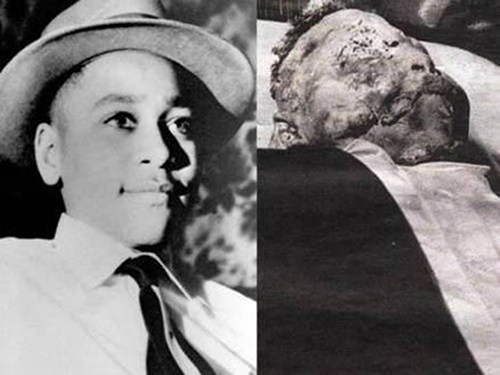 In 2020, we must help tell the story! We must not be silent! We need to continue to tell the story of the murder of George Floyd. A Minnesota law enforcement officer casually, with his hands in his pocket, kept his knee on the neck of an African-American man for more than eight minutes until the man is literally breathless. All while being recorded.

The brutal murder of Emmett Till and his open casket funeral galvanized the emerging civil rights movement.  A little over 3 months after his murder, Rosa Parks refused to give up her seat on a city bus, sparking the yearlong Montgomery Bus Boycott. Mamie Till’s courage and sacrifice is credited for being the catalytic event that spurred the nine-year fight for the Civil Rights Act of 1964, which outlawed many forms of racial discrimination and segregation. In 1965, the Voting Rights Act, outlawing discriminatory voting practices was passed.

Rosa Parks is quoted as saying, “I thought about Emmett Till, and I couldn’t go back [to the back of the bus].”

In no way do I equate myself to the Shero, Rosa Parks, but I understand the sentiment of not going back to the norm. It is time for the separate system of justice for black and brown men and women to be altered to a fair and just system for All.

We all have a role to play in helping to tell the story. The book of Esther tells us that after learning about the plot to destroy the Jews, Mordecai, Queen Esther’s adopted father, “tore his clothes, put on sackcloth and ashes, and went out into the city, wailing loudly and bitterly”(4:1). Queen Esther learned the reason for Mordecai’s distress and disruptive actions in the city. She also learned of Mordecai’s request for her participation in the resolution. She prayed, fasted and took action.

Queen Esther understood this was the time to use her proximity to power to participate in the safety and wellbeing of the community. Mordecai made it clear, “Do not think that because you are in the king’s house you alone of all the Jews will escape. For if you remain silent at this time, relief and deliverance for the Jews will arise from another place, but you and your father’s family will perish.  And who knows but that you have come to royal position for such a time as this?”(4:12-14)

We must not turn away from what is taking place or the responsibility to our nation. Like Esther, the use of personal positional power can be used to ensure a safe and just nation for All. Personal relationships with local law enforcement and elected officials levied to make structural just change is possible. Local churches from Sunday school to the pulpit can create safe environments to have courageous and holy conversations that lead to changing hearts and minds toward dismantling white supremacy and advancing the work of racial reconciliation and justice.

Let our continuous prayer and fasting strengthen our faith and courage toward action. George Floyd must be the last Emmett Till.

Kasey D. Jones serves as the Associate Coordinator of Strategic Operations and Outreach for the Cooperative Baptist Fellowship, where she also leads the Dr. Emmanuel McCall Racial Justice and Leadership Initiative and the Pan-African Koinonia.

One thought on “George Floyd, Our Modern-Day Emmett Till”