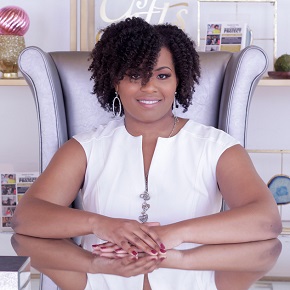 You cannot hold comfortable and traditional worship services after you witness unarmed black men and women being murdered in the street and still call yourself an ally.

I woke up early Sunday morning to intentionally observe how white churches across the country would respond after bearing witness the grotesque and excruciatingly long murder of George Floyd. Can you guess what I discovered?

Far too often absolute silence. As thousands of people across the country risked their own health in the middle of a pandemic to protest and seek justice for George Floyd, Breonna Taylor, and Ahmaud Arbery, it was just another Pentecost Sunday for many churches.

Isn’t ironic that on the Pentecost Sunday, the day we celebrate the act of God pouring the Holy Spirit on all people, an act of inclusion, so many churches couldn’t muster the will to adjust their services to include the voices of my people who are pleading for our very lives and crying out “I can’t breathe.”

Your silence is deafening. In the words of Martin Luther King Jr., “In the end we will remember not the words of our enemies but the silence of our friends.”

As well intentioned as many congregations tried to be, most still fell short. These congregations used indirect and veiled language, referring to “systems of terrible oppression” without the courage to directly name neither the oppressed nor the oppressors. Other congregations called for “justice” without naming unjust actions or calling for restitution. And yet others prayed to “end violence” without repentance for participating in a system of sin that allows unarmed black women and black men to continuously be publicly executed by police officers or people who just find black presence threatening.

To be honest, these prayers were disappointing.

But those weren’t the prayers that pissed me off. Some congregations first appeared to be allies. They named our pain: racial injustice, police brutality, education inadequacy, valuing property over humanity and violence that causes both suffering and suffocating. I honestly thought, yes they get it.

Until they closed their prayer by saying, “Lord, send help.”

At that moment, I literally lost my breath. “Lord, send help.”

When white Christians are ready to serve in international missions, they are more than willing to be hands and feet of Christ. However, when they watch life being suffocated out of a black body for 8 minutes and 46 seconds they pray, “Lord, send help.”

What a cowardly and weak prayer.

Dear White Christians, who are you waiting for Lord to send? As if you have no power. As if you have no privilege. Sisters and brothers, I know you have the power to fight against racial profiling, mass incarceration, police brutality and so much more. The real question is “Are you seriously willing to risk and sacrifice your comfort, reputation, and money to recognize the Imago Dei and the humanity of African Americans?

If you are, the prayer should not be “Lord, send help”.

Dear White Christians, if diversity is truly an aspiration you must do better in both word and deed. You must unequivocally and immediately denounce hate and injustice both formally from your pulpit and informally in conversation. These words should not be prompted from black friends or black churches.

Dear White Christians, if you intended to faithfully address racial justice, your actions matter. Many of your churches know more firsthand accounts of struggles from cultures around the globe than firsthand accounts of struggles of African Americans from the other side of town. Partner alongside local civic organizations and community organizers who are fighting for racial justice in your own backyard.

Dear White Christians, if you sincerely feel called by God to fight for racial justice put your money where your mouth is and form financial partnership with black churches, black owned businesses and banks, and Historically Black Colleges and Universities.

Dear White Christians, we have the power to make a change. The question is will your prayer be “Lord, send help” or “Here am I, send me.”

Be like Pastor Wells and Pastor Sherouse and pray the latter.

Min. Natasha Nedrick is a member of  CBF’s Pan African Koinonia and an Associate Minister at Greenforest Community Baptist Church in Atlanta.