DECATUR, Ga.— The Rev. Kasey Jones, a former CBF Moderator and pastor, has been selected to lead the Cooperative Baptist Fellowship’s strategic operations and outreach efforts as the denomi-network heightens its focus on expansion and diversity initiatives. 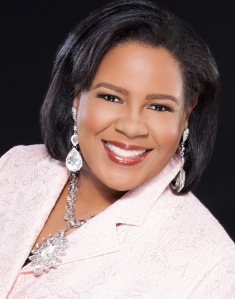 In this new role of Associate Coordinator of Strategic Operations and Outreach, Jones will work alongside CBF Executive Coordinator Suzii Paynter, CBF state and regional organizations and the Fellowship’s governance bodies to develop and prioritize strategic initiatives for the Fellowship. With this focus on outreach and expansion, Jones will monitor and coordinate new initiatives for growth and diversity, engage with CBF churches and represent the Fellowship in ecumenical and interfaith settings and projects.

Jones joins the CBF staff in Decatur from the nation’s capital, where she has served for more than 10 years as senior pastor of National Baptist Memorial Church in Washington, D.C. Jones was the historic congregation’s first female and first African-American senior pastor.

Prior to her call to pastoral ministry, Jones worked for more than 15 years as a community organizer and advocate, bringing an expertise in program planning, community service and advocacy work for both faith-based and secular organizations at the local, state, national and global levels.

In June 2013, Jones was elected as CBF Moderator-Elect and served as CBF Moderator from 2014-2015, becoming the first African-American woman in this position. She came to these elected officer roles after serving as a member of the 2012 Task Force, a 14-person group appointed in 2010 to study the Fellowship’s mission and organizational future. During her three years of service as Moderator-Elect, Moderator and Past Moderator, Jones was an instrumental contributor to the implementation of the 2012 Task Force’s recommendations, which included the creation of the Fellowship’s new governance structure.

Jones also helped to create cooperative efforts among CBF state and regions and was part of the CBF Governing Board ad hoc committee that created the vital Volunteer Travel Fund. National Baptist Memorial Church has been regarded as a vital partner with CBF’s student missions initiative, Student.Go, under Jones’ leadership, housing countless summer interns. Jones’ church also welcomed the summer camp of CBF of North Carolina as well as numerous volunteer teams, most notably from longtime partner Mars Hill Baptist Church in Mars Hill, N.C., and its pastor Tommy Justus. Jones has also been a partner and participant in CBF’s Advocacy in Action initiative, an annual advocacy immersion experience for young adults and others held in the nation’s capital.

A native of Duarte, Calif., a suburb of Los Angeles, Jones was introduced to CBF by Earlene Vestal, wife of longtime CBF Executive Coordinator Daniel Vestal, through the Emerging Leaders Network of the Baptist World Alliance. She is a graduate of Wesley Theological Seminary in Washington, D.C.

In addition to CBF, Jones has also provided leadership to the Mid-Atlantic Cooperative Baptist Fellowship, the District of Columbia Baptist Convention and as president of the Greater Washington Ministers Council of American Baptist Churches, USA. She is a past Lilly Endowment Fellow and was a Resident Pastor at National City Christian Church (Disciples of Christ) in Washington, D.C. Jones also participated in the Pastoral Excellence Program of the Lott Carey Foreign Mission Convention. She is also a member of CBF’s Illumination Project Committee.

CBF Executive Coordinator Suzii Paynter praised Jones and lauded her past contributions and leadership to the Fellowship.

“Rev. Kasey Jones is a strong addition to the CBF staff in Decatur,” Paynter said. “I am looking forward to her contributions and know her leadership will strengthen the future of our Fellowship.

“She has served with distinction as a pastor, and will be the first woman pastor to serve on the CBF Global Leadership Team. As our CBF Moderator, Kasey was an innovative leader, forging the ideas from the 2012 Task Force into reality.”

“Kasey Jones is gifted pastor with a passion for all God’s children,” Manarin said. “She brings a fresh perspective to CBF which will stretch the Fellowship to think beyond that which is understood to be the norm. Rev. Jones is a prophetic voice who loves the family of God in great depth. The Mid-Atlantic is losing a very special pastor, colleague and friend; we pray the larger CBF community will experience the goodness of God at work in and through her in mighty ways.”

Jones said she is excited for this new opportunity to blend her ministry and organizing experience as she continues to serve the Fellowship.

“I am excited about this new opportunity because it seems to be a perfect match for my experience as both a community organizer and minister,” Jones said. “I look forward to working collaboratively with the Decatur staff, governance bodies and state and regional leaders. I believe this is a wonderful time to join the team after serving several years with CBF leadership. I ask that Cooperative Baptists pray that I have the capacity to help strengthen CBF relationships and help create new ones that will add not just to the work of the Fellowship, but the Kingdom of God.”