11-year old Maggie Manarin is in 5th grade at Camelot Elementary School in Northern Virginia (metro-D.C.), and chose to march in Washington, D.C., to “let the world know things have to change for the better.” She marched with two of her best friends — one a Roman Catholic girl and one Muslim girl whose parents are originally from Sudan.

The girls made posters with their own unique slogans. People stopped them all day and asked to take their pictures. They were interviewed and included in a journalism student’s video. They were also filmed by two others with possibility of being used in future documentaries or talk shows.

There were too many people to actually walk, but the girls, along with their moms, stood and cheered along with others.

Maggie said, “it was neat to see all the kids speaking with proud leadership and demanding change.” When the crowd began to disperse, the girls added to a painting and then, standing on Pennsylvania Avenue, they created a chant using their unique slogans. “Life is meant for art, not bullets! Let children grow without fear!”

Suddenly it seemed the paparazzi flocked to these girls, asking to take their pictures or even video their chant and dance.

These young girls, still in elementary school, chose to march and lend their voices to the call! 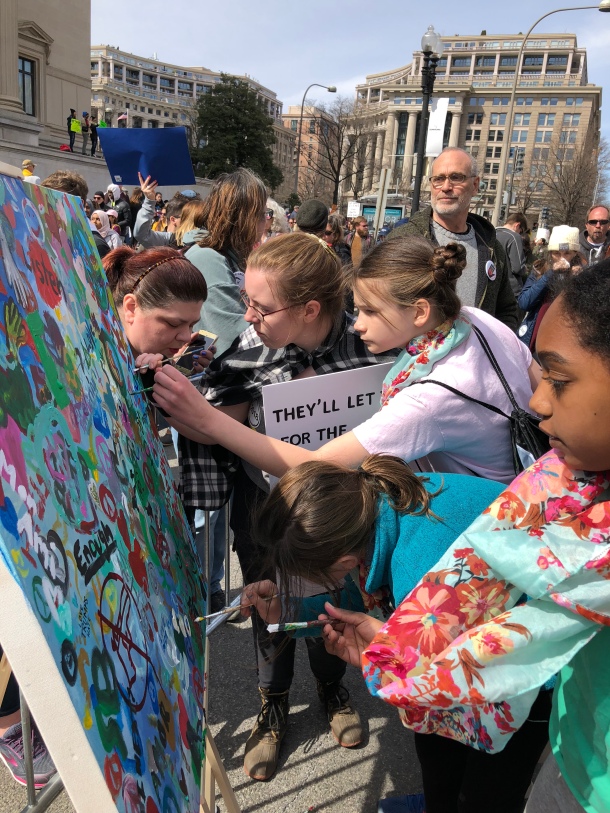