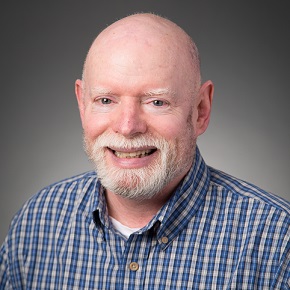 Gerry Hutchinson, who has served as the Cooperative Baptist Fellowship’s Chaplaincy and Pastoral Counseling Manager since January 2014, has announced that he will retire later this year.

Over his tenure, Hutchinson increased the profile of CBF Chaplaincy and Pastoral Counseling and integrated spiritual care as part of CBF’s long-term disaster response work. Gifts to the George Pickle Endowment Fund in support of training increase tenfold under Hutchinson’s leadership, as did access to training events at annual gatherings of CBF state and regional organizations.

“Gerry’s passion for people and care of this special group of CBF-endorsed chaplains and pastoral counselors is inspiring,” Baxley said. “I am grateful for his many years of service to our country and for his tireless efforts to build CBF’s corps of ministers working in specialized settings in the U.S. and around the world comforting individuals and families facing illness and grief.”

“It has been a pleasure working alongside him,” Reeves said. “From recruiting new chaplains and pastoral counselors, to modernizing our record keeping to growing the team that provides support for those endorsed by CBF, Gerry has grown, strengthened and streamlined the department in critical ways. His pastoral presence and sense of humor will be missed in the office, but we wish him many blessings in retirement.”

Hutchinson served as a captain in the U.S. Navy. He was recalled in January 2012 to active duty to serve as director of religious affairs for Combined Joint Task Force — Horn of Africa in the nation of Djibouti. During this one-year assignment, Hutchinson led a Religious Ministry Team of eight sailors, soldiers and airmen to offer spiritual care to military members in six East African nations. He was awarded the Military Outstanding Volunteer Service Medal in 2012 for participating in U.S. Embassy-sponsored English Discussion Groups for Djiboutian youth.

He was endorsed by CBF in 1998 and was a member of the coordinating council of CBF Georgia (2006-2008). He served as associate pastor of CBF-partner Druid Hills Baptist Church in Atlanta, Ga. (2001-2008), and as lead interim pastor/associate pastor of Culpeper Baptist Church in Culpeper, Va. (2008-2013). Hutchinson has also been a member of the Academy of Certified Social Workers (National Association of Social Workers) since 1984.

A graduate of Mars Hill College (B.A. in Religion), Southern Baptist Theological Seminary (M.Div.) and the University of Louisville (M.S. in Social Work), Hutchinson’s previous ministry experience also includes 14 years at the Home Mission Board/North American Mission Board, first as associate director and then as director of the Church and Community Ministries Department in Atlanta, Ga. (1987-2001), and as a Home Mission Board missionary (1981-1987) with the New River Baptist Association in Jacksonville, N.C.