The word “pandemic” comes from the Greek “pan” meaning all and “demos” meaning people. It literally means “all people.” The term has been used specifically to describe a disease—a disease that affects all people. 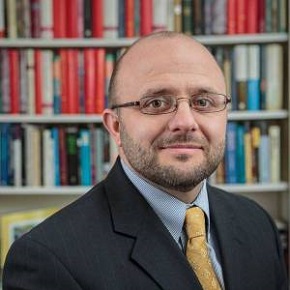 Poverty is the result, primarily, of policy. According to povertyusa.org, 14.7% of Americans live below the poverty line, and 29.9% of Americans live below the “working poor” line (which is two times the poverty line: 2 x $25,701 for a family of four)—and these are people who are working full-time. Nearly half of America is poor. That is 146,049,000 people. In other words, 182,151,000 Americans live above that working poor line of $51,402 for a family of four. Federal policies have created this level of poverty in the U.S. and it will take policy solutions to fix it.

As we experience a disease pandemic of COVID-19 and create policies to fight this disease, we may begin to figure out that it will take similar policies to fix the human-made pandemic of poverty in the U.S. If we value human beings, we must elect politicians who reflect these values and who will push polices that create these values in our system. Maybe then we will be able to “re-open” America for “all its people.”

As we have seen, the United States can act quickly when it feels that it must. Look at the economic stimulus acts that the federal government has passed during the age of COVID-19. Trillions of dollars have been unleashed to big businesses, small businesses and individuals. These policies were an attempt to keep the economy operating with an infusion of capital. Both political parties in the U.S. agreed that they had to act in order to fend off complete economic collapse. These important policies were created and passed in a timely manner so that people could literally have food to eat. Hunger continues to be one of the major issues facing many Americans right now. When faced with an unprecedented disease, our politicians worked together (in the middle of the most politically divisive moments in my lifetime) because they all wanted what was best for our country.

When we have weathered the storm (or season) of this disease, we will look different and be different. We will not be able to return to a pre-COVID-19 condition, which may be uncomfortable for a time, but necessary. Once we move through this, the issue of poverty will still be there, hanging heavy.

Those who experience poverty or live among the working poor, know how prevalent economic instability is throughout our country. What will we do about it? For the past 40 years, there has  been only one federal policy passed that specifically focused on caring for the most vulnerable in our society: the Affordable Care Act. While it remains the law of the land, everyone knows it’s a flawed system because it was created with incredible opposition, an opposition that still tries to kill it everyday. During those same 40 years, massive financial institutions have been bailed out from their own corruption, the embarrassingly wealthy have experienced massive tax cuts (at the expense of the poorest citizens through cuts to the social safety net), and student debt has skyrocketed, crippling those who are trying to move up the socio-economic ladder into and out of the middle class.

Our economic policies have dismantled our American democracy putting a celebrity-focused plutocracy into its place. This is why the campaign slogan “Make America Great Again” (MAGA) resonates with so many people across this country. It’s because we have been in a race to the bottom where a handful of those in the country own everything and the rest beg for crumbs from their tables. For example, a family of four working their fingers to the bone at minimum wage ($7.25 per hour) must work over 136 hours a week in order to live at the working poor line. That would be two adults working over 68 hours a week, or nearly 3.5 full-time jobs between the two of them.

As Christians, we affirm the image of God in every human being. The plutocrats and the poor stand on equal footing before a God who loves them—and God who tells “all people” to love each other. Policies that hold people in poverty while making the wealthy wealthier is not love; it is a disgrace to God and blasphemy against the Great Commandment.

Poverty is a human-made evil and a sin against God and God’s people. Policies that create poverty in order for some to have great wealth are a sin. Politicians who support these policies commit sin. COVID-19 has made these sins more visible. As politicians and plutocrats push to “re-open” the economy at the cost of human lives, I wonder if we will ever learn from our sins and repent. Haircuts for the dead and dying, retail for the perishing, consumerism eating up the soul of a nation.

We need a new pandemic—a pandemic of love and justice. Justice and love for “all people.” May it be so.

Jason Coker serves as the coordinator for CBF of Mississippi and the national director of Together for Hope, CBF’s rural development coalition.

One thought on “We Are in a Pandemic”