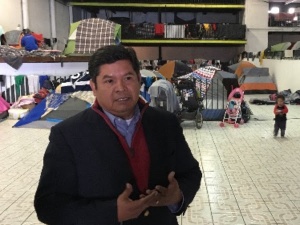 Refugee families who live in a Tijuana shelter supported by Fellowship Southwest have expressed thanks for the blessing they have received, Pastor Juvenal González reported.

Since 2018, Fellowship Southwest has supported a network of pastors and congregations who minister to immigrants along the U.S.-Mexico border. The immigrants have journeyed from their homelands—mostly Central America, but also the Caribbean, South America and Africa—seeking asylum in the United States.

When the ministry began, they camped almost literally on the pastors’ doorsteps. The pastors began feeding them and allowing them to sleep in their church buildings. Fellowship Southwest started supporting the pastors and churches—providing money for food, diapers, basic medical supplies, clothing and blankets. 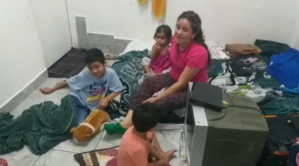 Later, the U.S. government implemented its Migrant Protection Protocols—also known as “Remain in Mexico.” All immigrants now must wait on the Mexican side of the border as they wind through the asylum process, which takes months. So, the pastors began serving and protecting immigrants in Mexico, either setting up feeding programs in tent cities and government shelters, or opening shelters themselves.

Now, Fellowship Southwest’s Immigrant Relief Network supports pastors and congregations who serve refugees from the Gulf of Mexico to the Pacific Ocean. Thanks to donations from supporters, FSW sends monthly checks to purchase food and supplies, rent buildings for shelters and food storage, and troubleshoot needs, such as replacing worn-out appliances and bald tires. 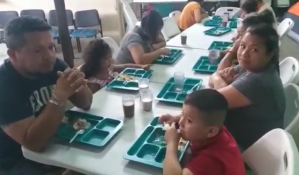 Several families who live in the Juventad 2000 shelter in Tijuana—across the border from San Diego—sent thanks through González, Fellowship Southwest’s partner there. When the immigration crisis flared in 2018, González launched a ministry based on his personal network of church starters and small-church pastors in Tijuana.

Fellowship Southwest began working with González by purchasing food to provide breakfast as well as building showers for the massive El Barretal migrant center in Tijuana. More recently, FSW has provided monthly stipends to purchase food for refugees, and also to help feed bivocational pastors, whose incomes have been devastated by COVID-19.

The immigrant families praised Iglesia Bautista el Calvario, whose members consistently cooked meals in the shelter and manifested the presence of Christ. “The food has always been freshly cooked, homemade and served with love,” González noted. He reported expressions of gratitude from five families:

Stories of similar families can be repeated over and over, all up and down the border, thanks to compassionate Christians who contribute to Fellowship Southwest’s Immigrant Relief Ministry. From the start, the ministry has been able to answer every request for support from every pastor in our network. 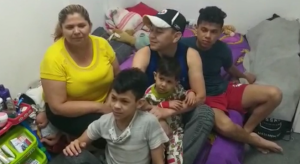 God’s goodness—reflected in the generosity of our supporters—often reminds me of the Old Testament story of the widow of Zarapheth. On the point of starvation, she and her son befriended the prophet Elijah. Because of their faithfulness and care for a stranger on a journey, the flour and oil that sustained them never ran out.

COVID-19 has impacted good people everywhere and maybe even distracted some from the needs of immigrants on the border. But Fellowship Southwest’s fund has not run out, and we’re still feeding and loving immigrants like the Rochas, Pablo-Lozanos, Reyeses, Silvas and Paola and her children.