Editor’s Note: This is the eleventh installment of a new series called “Illuminations,” which aims to highlight stories of cooperation, unity and diversity from across the Cooperative Baptist Fellowship. Illuminations is a communications initiative of the Illumination Project, a project of discernment and accompaniment involving CBF congregational leaders to illuminate the qualities that have built unity in CBF, and through discernment, identify intentional processes to maintain and grow unity through cooperation. Learn more about the Illumination Project at www.cbf.net/illuminationproject. 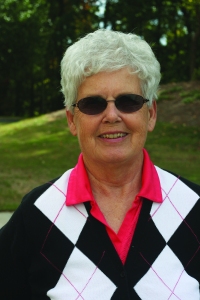 I grew in a coastal Virginia town with a history dating back to the 1600s. My church had a
history as well, having been established in the late 1700s. It was a fairly large downtown
church, and was progressive as Southern Baptists churches go even then. Although we lived outside of town, the church was very important to my family of seven, and we attended regularly on Sundays. As we grew older, we began attending other than Sunday mornings; as teenagers, our lives were greatly impacted by Baptist Training Union.

I had a great appreciation for Southern Baptists. In fact, I thought that we Southern Baptists were the real Christians and no other denominations were quite as close to God nor as beloved by God as we. I knew that my Presbyterian and Episcopalian friends would probably make it to heaven, but they would live some place other than on our elite “street of gold.”

Not only did I think Southern Baptists were “God’s chosen people”; I thought he smiled
especially upon the Wright family — and why wouldn’t he? After all, hadn’t we proved our faithfulness through the years by serving not only as “pillars” of our various churches, but as pastors, state officers and even as presidents of Baptist colleges — Uncle Dexter at Campbellsville College (now University) and Cousin Leslie at Howard College (now Samford University).

With that as part of my girlhood myth, it will come as no surprise that during the 1950s, when for the very first time I was faced with the challenges presented by civil rights organizations, I quickly supported the “separate but equal” mantra that salved the conscious of most churches, including mine. I remember reading in Nashville-published material for Training Union that there was indeed a difference between black and white; they had different blood, and not only was inter-marriage absolutely forbidden, but blood transfusions could not be shared between the two races.

When Dr. Theodore Adams confronted his First Baptist Church of Richmond congregation as they balked at accepting for membership a young black man — a student at University of Richmond, converted in Africa by Southern Baptists missionaries — a firestorm was set off in Virginia that had us all questioning ourselves, our motives, our beliefs. But I remember asking a deacon — one of the finest examples of Christianity in our church — what he would do if a black person tried to enter our sanctuary. He said, “Oh, I’d point them down the street to their church” (First Baptist, which was a black congregation).

Change was bound to come, but it would come kicking and screaming — and would not happen overnight.

Then began a series of “happenings” in my life that was going to cause an about-face as I truly began to let go of my past and understand my black brothers and sisters — who they are, how horribly they had been treated, and most of all, what good they could and would contribute to the community. First, I met and married a Yankee. My husband grew up American Baptist, and in integrated schools, but when he told me the valedictorian of his senior class was black, I was blown away!

When during his college years my husband felt God leading him into the ministry, I was ecstatic; I had always greatly admired pastors’ wives, and now I was going to be one of them! I pictured my life as queen of the parsonage — hosting Bible study/tea parties, supporting my husband in every aspect of his ministry, raising perfect (well, nearly-perfect) children, but always admired by our “flock”.

To help me reach my goal, Southern Seminary in Louisville made available a “charm course for pastors’ wives,” teaching us how to support our husbands (including never coming to breakfast without being dressed for the day, perfect hair and makeup included). Never did I feel encouraged to “study” the Bible; just to teach it (to women and children) using the literature made available from Nashville.

Also during these years, I was suspicious of Roman Catholics. I wasn’t quite sure where they stood in the Kingdom of God — or if they were there at all. My suspicions seemed confirmed when I read in a Royal Service magazine that Catholics were not really Christians and needed to be evangelized. Of course, I really didn’t know any Catholics, and didn’t go out of my way to get to know them. I was fearful of their worship and assumed their rituals were meaningless.

But then a second “happening” occurred; my husband’s modified “call” was to re-enter the armed forces as a chaplain. Boy, was I mad at God! I had no interest at all in being a “military wife”; gone were my dreams of being the “perfect little Southern Baptist pastor’s wife”; instead, a sea of unknown opened up before me, and I was just not ready for it.

But life moves on, and soon we were ensconced in this new experience. I mourned the loss of the safety of my Southern Baptist life, and wondered if all our friends and family would think we had “left the church.” But instead of something to fear, this turned out to be just what I needed in order to grow.

As we became “General Protestants”, I began to understand and have a new appreciation of God’s other children; our congregations were of mixed race, of course; through the military community, I was thrown into contact with — yes — Catholics, whom I came to love, understand, appreciate and fully accept as belonging to God. In so many ways, this was a time of growth for me and, thankfully, our children grew up without an ounce of the prejudices that had haunted me in the early days of my life.

In 1976, as the days of our military life were coming to a close, we were stationed at Ft. Knox, Ky., and attended a Southern Baptist church in the community. As retirement time grew near, we were contemplating our future; having now stepped back into the SBC maelstrom, we were more and more dissatisfied with what we were seeing and hearing.

This was not the SBC we remembered. We felt disconnected from it, but were not really searching for an alternative. But then came the third “happening.” The Cooperative Baptist Fellowship, about which we knew little, was meeting in Louisville. A friend asked if we would be willing to usher one evening during the meeting. Interested in learning more about this new CBF organization, we jumped at the chance to check it out. And what we found was God’s answer to our future. Here we ran into people from our past — people we had served with in other churches as well as in the military.

We listened to the words of CBF’s leadership; we heard many stories of why people had become a part of CBF; we were astonished at how smoothly the business sessions were conducted. In short, we had a “mountain top” experience at our first CBF meeting. We looked at each other and said, “We’ve found a home.”

And what a home it has been…a place where every voice counts; a place were anyone can follow God’s leadership into any kind of ministry; a place that values and supports religious liberty; a place that not only welcomes diversity, but celebrates it. Our experience at CBF has expanded our minds, confirmed our faith, stretched our imaginations and given us a place to serve. It has provided the opportunity for us to be participants in God’s work in the world, as we have cooperated with other Christian groups to bring the light of Christ and the hope of a better future to the most marginalized people on earth. It has allowed us to work alongside some of God’s most faithful servants, and to keep on learning from them every day.

When I look back at where I was and then look at where I am and anticipate where I’m going, I am oh so glad that God found me and set me on another path — a path that has led me to this Fellowship of Cooperative Baptists.

Belonging in the world of both/and (Griff Martin)

United in Diversity: Our Baptist Witness Past and Present (Bruce Gourley)

2 thoughts on “Confessions of a Prideful, Prejudiced Egoist or How I Found My Way Home”